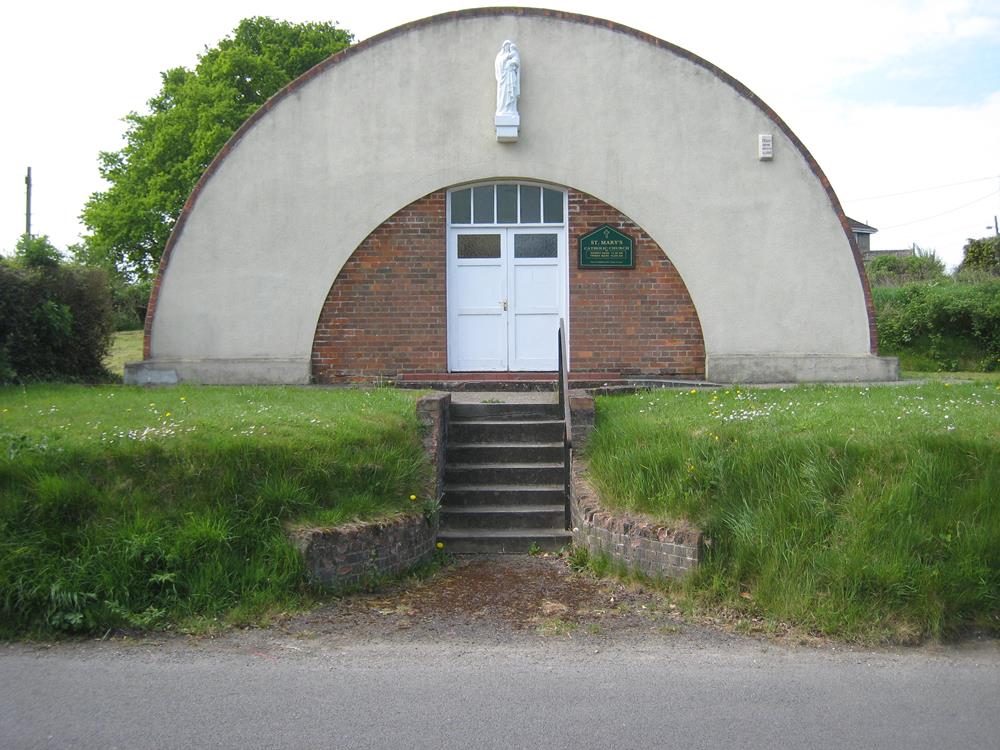 From about 1932 it was agreed to try to establish a Catholic Church in Mere. Mass was celebrated in places as diverse as an upstairs room at The Butt of Sherry (1932 – 1939), a classroom in the Grove Buildings (then part of the Secondary School), and in Mrs. Deverill’s front room at Milestone Cottage, Castle St. The services continued to be taken by Downside monks.

Shortly after the end of WWII, Mrs. Glencross, a member of the Catholic congregation, bought a plot of land next to ‘Greystones’ on Pettridge Lane for £100 as a site for a permanent church, in memory of her son who had been killed at Dunkirk. The money was raised from the sale of her son’s car and the encashment of his savings certificates. The community was then able to acquire a Nissen Hut from the Army Surplus depot at Warminster. Fundraising through whist drives and jumble sales enabled them to convert the hut into a church and gradually to furnish it. A ‘west’ front was created using red brick partly faced with cement, with a pedestal supporting a statue of the Virgin and Child over the entrance. It was blessed and opened on Sunday 18th August 1946, in a service conducted by Bishop William Lee of the Clifton Diocese, in the presence of a large congregation. It was the first new church in the Diocese of Clifton since 1939.