The parish of Mere is situated in the extreme south-west corner of the county of Wiltshire and the parish boundary also forms the Dorset county boundary. 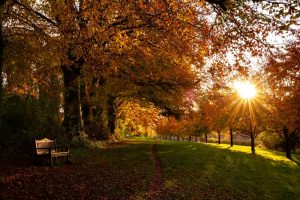 Nestling beneath the South Wiltshire Downs, large parts of the surroundings are designated as Areas of Outstanding Natural Beauty. There are also a number of sites in and around Mere that provide a wealth of historical and archaeological interest.

Mere has a great sense of community and has many facilities that even larger towns and villages would envy, with its own Library, Museum, Doctors’ Surgery, Dentist, Post Office, Chemist, Police and Fire Station, a range of public meeting places and a number of shops providing the essential basic everyday necessities. Apart from agriculture, local industry and commerce includes the Hill Brush company, large wholesale plant nurseries and Yapp’s wine merchants. The town centre has two pubs, the George Inn and the Butt of Sherry. The Walnut Tree Inn is towards the south of the town. There is an old market square (although markets have not been held for several years), a chiming town clock and a large 15th-century parish church.

The steep slope of Castle Hill rises from the northwestern side of Mere. It is well worth taking a trip to the top to see the panoramic views of the surrounding countryside.  The Monarch’s Way long-distance recreational footpath passes through the town and a network of footpaths within the parish provide great walks with fabulous rural views.

Mere has a vibrant and successful primary school and a whole range of community groups and organisations ranging from a Railway Modellers Club, a Historical Society and a Linkscheme.  There are also a wealth of sporting facilities and sports groups for a wide range of ages and abilities including cricket, tennis, football, bowls, archery, croquet and boules.  Annual events include the Mere Carnival and Mere Literary Festival.  There can be few people who would say that Mere has nothing to offer them for their hobbies and pastimes and a glance through the local parish magazine, “Mere Matters”, would give some idea of the breadth of activities available – indeed, one lady commented, whilst filling in a local survey, ‘there is so much going on that there are not enough evenings in the week!’